When the “Enemy” Displays Empathy

In a negotiation context parties, attorneys and claim representatives naturally identify with their positions which can create an us vs. them mentality. It is sometimes hard for plaintiffs to see the decision maker on the other side as a person just trying to do their job in a conscientious manner. Likewise, sometimes the plaintiff and the harm they experienced are marginalized at the expense of trying to pick apart whatever inconsistencies may exist in their case to improve one’s bargaining position and not wanting to show undue sympathy which might be perceived as weakness in the negotiating context.

The mediator can help to put all this into context for a plaintiff who can’t understand why they are being “put on trial” when the other side caused the harm by explaining that it is not about them personally but is part of a negotiation process.

Given the need to maintain one’s game face during a negotiation, it is rare to see genuine sympathy being expressed by the other side.

When such displays do occur, they are memorable. I recently had an opportunity to observe such a display of real empathy from a claim representative who approached the plaintiff in a personal injury matter after the case had settled and let the plaintiff know that she was “in my thoughts.” It was moving to see the claim representative step out of her role and humanize the process by sharing her feelings of empathy.
Posted by Bradley Bostick at 5:07 PM

I enjoyed this post. I don't think I've ever come across a blog with such a unique theme.

I recently had an experience where a person accusing me of something absolutely withdrew because they couldn't handle empathy from me.

I also think sometimes personal ego makes it difficult for some people to accept sympathy/empathy. 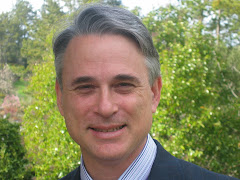